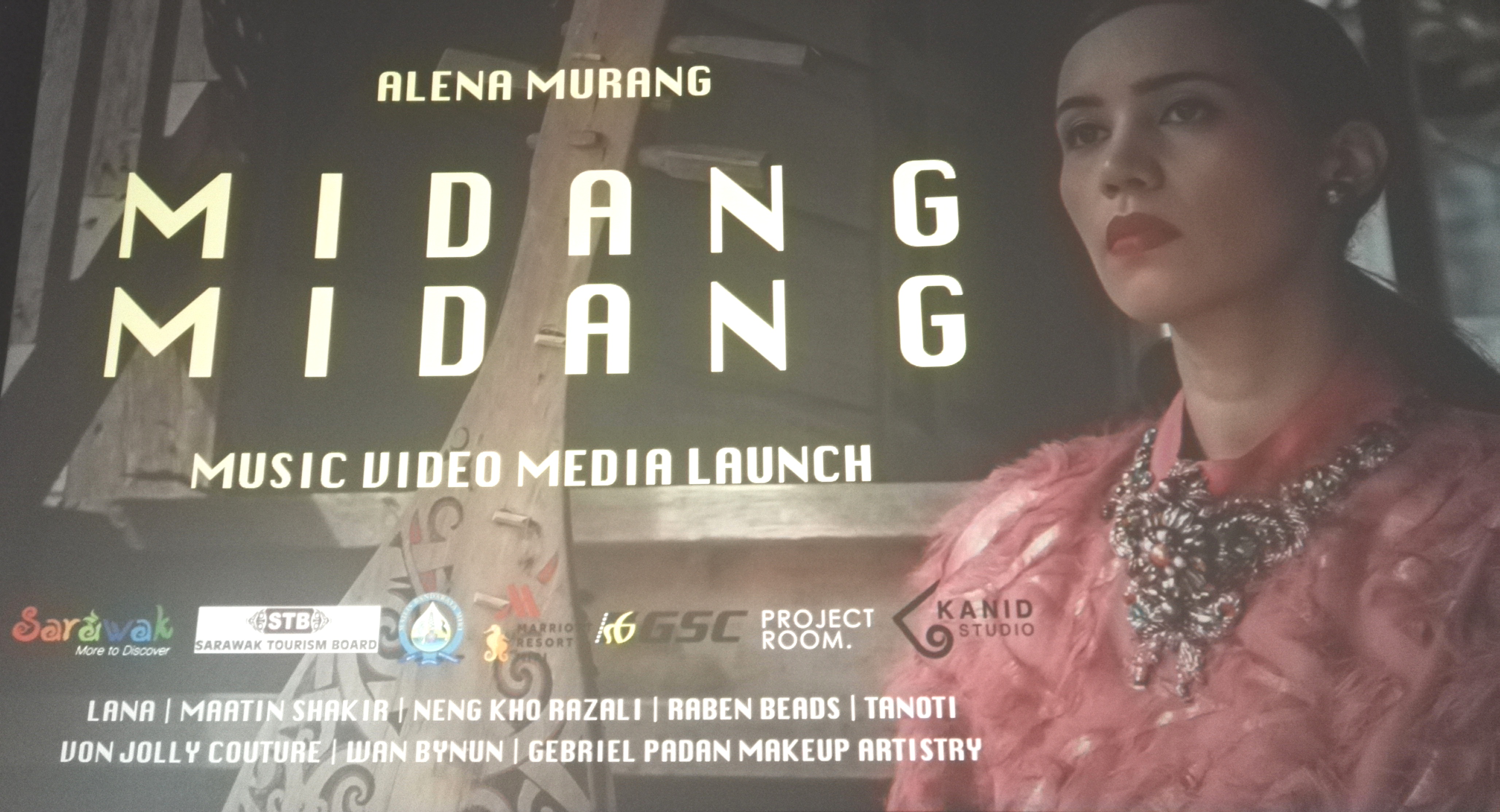 With her focus on bringing native songs and stories to global stages, together with “Project Room” production team, the launched event was made possible with the collaboration with GSC and supporting partners including the Sarawak Tourism Board, Miri City Council, Marriott Resort Miri dan Kanid Studio. The music video was co-produced with Project Room, a KL based production house.

“Heritage songs are such an important way to keep our language, values and stories alive. Our Kelabit songs almost always have elements of nature, and that is why this time it was so important for us to film on the land in which the song came from-Miri and Bario village.”

The music video showcased an ancestral Kelabit song in a contemporary way, demonstrating adaptations of Kelabit music, dance and land and Sarawak fashion: with the likes of LANA, Maatin Shakir, Von Jolly Couture, Atelier Karl jimmy, TeeCode, Wan Bynun, Neng Kho Razali, Raben Beads and Tanoti being donned by the star. Each film department was led by Orang Ulu youths, proving once again that heritage  has a contemporary home.

“Growing up in Borneo, Alena Murang has shown a great sense of belonging by representing the Kelabit community, one of the 27 ethnic groups in Sarawak where she was raised. We are pleased to be with her in this special occasion. She is just not a performer but also a good narrator that shares her amazing stories through music that articulates Sarawak’s unique culture and become one of the pillars in promoting Sarawak as a destination.” said Sarawak Tourism Board, Chief Executive Officer, Sharzede Salleh.

With an accompanying Behind the Scenes video, the event hopes to encourage viewers to think about the marginalisation and misinterpretation of indigenous peoples in Malaysian media and the importance of cultural heritage as well as give viewers an insight to better understand Sarawak and Dayak cultures.

“As one of Malaysia’s leading cinema exhibitors, Golden Screen Cinema understands that we play an important role in the development, promotion and championing of local culture and the arts. From our annual international film festivals to support of independent artists like Alena, we are committed to providing Malaysia access to content that complements our enriching cinema experiences.”said Mr Sharmine Ishak, Manager, PR & Branding, Golden Screen Cinemas.

She has been playing sape for 18 years under the tutelage of sape master, Mathew Ngau Jau. Alena is half Kelabit, whilst her longtime sape teacher, Mathew Ngau is Kenyah Ngorek. She has spent the last few years performing on international stages from Australia to Iceland, Indonesia to USA, Thailand to Spain, Italy, Germany, France, Czech Republic, Nigeria to name a few.